The discussion of virtual art has been the topic of conversation for many years but it wasn’t until recently that it established a presence.

Back to blog
The discussion of virtual art has been the topic of conversation for many years but it wasn’t until recently that it established a presence. The emergence of blockchain has been the primary factor in driving the success of its adoption, allowing for digital artists and content creators the ability to monetize off of their skills. The presence of digital art has quickly become welcomed largely due to its connection to cryptocurrency and celebrities such as Elon Musk and Snoop Dogg who recently launched their own NFT tokens.

The unforeseen interest in NFTs has caught the world by storm and even crossed over to those who generally wouldn’t dabble with crypto. No one would have expected Beeple’s “Everyday: The First 5000 Days” would have sold for $69 million, or even the self-portrait by the robot Sophia which was sold close to $700,000. While there are sceptics who argue that NFTs are inflated and compare them to the 17th-century tulip mania one is for certain that NFTs are here to stay.

A Non-fungible token in a smart contract.
Is it a good solution?

NFT stands for Non-fungible token, which oftentimes are unique and limited in the amount that are created. NFT ERC721 is often associated as a digital certificate of authenticity that proves a person is the owner of the NFT but this isn’t entirely true.

The misconception that’s not widely known is a NFT token in ERC721 standard is only a hash that represents the original content being stored in a centralized server.

This presents a problem because NFTs can become deleted, stolen or even become censored. A person could open up their wallet expecting to see their prized NFT, only to be greeted with a 404 error.

Bitcoin.com
The Verge
Even with the major NFT market places such as Raible, OpenSea and Nifty Gateway that allow users to mint, buy and sell NFTs no one has stepped up to the plate and guarantee the full safety of NFTs. 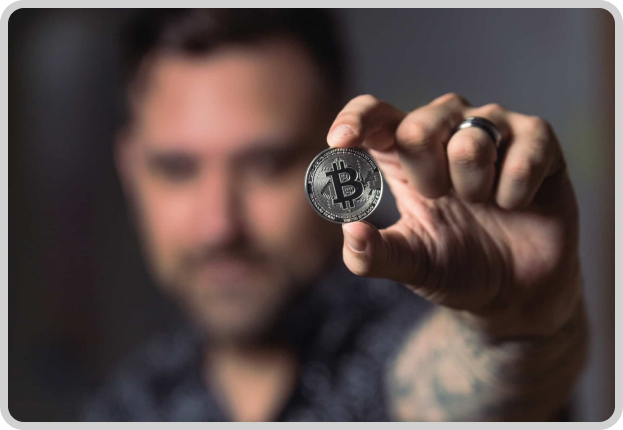 FOIL Network is different because it’s taking a different approach to NFTs, one that no one is addressing. NFT FOIL tokens contain the digital content itself, instead of the widely used hash, link to the file. When an NFT is created on the Network, the original file is uploaded in high resolution with a size reaching 20MB, this is what’s known as a “Pure NFT.”

Also, artists can provide the pedigree of their content onto the FOIL blockchain, which grants value to the content. There is an already built-in NFT marketplace and in cooperation with the Erachain platform, our partners, we are wrapping up the finishing touches of our web and mobile NFT Marketplace.

The stable performance of the actual platform allows the creation of blocks with size up to 64MB. The Foil team is creating the foundation for a unique blockchain storage functioning on the sidechain of the main network, which will permit the block sizes stored to increase to 250MB.

With this approach, FOIL Network will bring its NFT capabilities to BSC and ETH, where it can provide users peace of mind by providing the new standard of NFT ERC721 and BEP721. NFT marketplaces will also be able to utilize FOIL’s PURE NFT capabilities where they can provide their user base a true NFT experience. These marketplaces will be able to create an NFT ERC721 and store the original file on FOIL’s blockchain, where the integrity of the NFT remains pure, impossible to steal, delete, or alter on the blockchain.

Relevant news
Back to blog
June 14, 2021
Pure NFT
Foil team up with NFT256 in Pangea Pure NFT drop
#PureNFT
#Partnership
The largest #NFT community uniting artists from all over the world for the most ambitious collaborations!
Talented digital artists! Be among the first ones to create, sell and list art for free in Pure NFT standard.
#NFT
#Community
Mint NFT for free!
Pure NFT
May 10, 2021

FOIL is building an inclusive ecosystem that empowers and rewards the community for their contributions. Join us!
Support